In terms of candor and full disclosure, let me go on record saying I did not vote for our new president.   I am conservative in my views as other postings on this blog indicate.  That said, I place purpose above
party and politics. 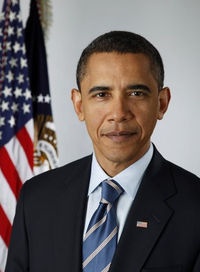 Nevertheless, in a few short hours President Obama will be my president.  I’ll watch the swearing in ceremony proud to be a citizen of the USA.   Here will be our democracy on display to the world.  With my support and participation also comes my right to voice an opinion for or against his policies.

Critics are blasting the nearly $165 million being spent on the inauguration.  For the leader of the free world to invest all this money to market the peaceful display of our republic at work is a solid advertising investment.  Our enemies will see how the transition of power can really work. It is cause for celebration even in troubled economic times.

Like many other citizens, I, too, will offer up my prayers as Pastor Rick Warren of Saddleback Church invokes God’s blessing on this nation, the presidency, and this man and his family.  I, for one, am hoping that President Obama proves to be a remarkable president who grasps the weight of the office and hoists it cleanly, efficiently, and effectively.  He needs everyone’s prayers.

It is for such a time like this that we need to regain our identity as a nation.  In fact, we’re finally well into the American Experiment as the founding fathers, Abraham Lincoln, and Martin Luther King dreamed our nation could be.  As the Pledge of Allegiance states, “One nation under God, indivisible, with liberty and justice for all.”  Freedom, as we know it, rests as a mighty call upon the USA and her citizens.  It hasn’t been an easy journey, nor will the road ahead.  Regardless, I believe we are heading toward a vision of a “more perfect union” at least in the symbol of an African-American man elected to the presidency. My prayer is that the substance of President Obama’s watch over this country ushers in an era of greater unity and grace among our citizens.  In true conservative fashion, being the United States is being true to the founding ideals.