The On-Purpose Proverbs are short bits of wisdom that I’ve been writing for over a decade. I keep saying I need to put them in gift book format. But for now, here is one of my favorites about how I define humility for many of my clients:

Humility is knowing self relative to God and understanding which is the greater.

A new friend/colleague asked me to pray for the CEO of his company. The business has been widely successful in recent years with millions of people’s lives touched by their products. Such massive growth, then crisis and now a more stable growth pattern has been a roller coaster of a ride.

My entire life and career it seems I’ve been around CEOs. As a kid I was blessed to attend Shady Side Academy in Pittsburgh, PA. (Trivia: I was the last class president when it was an all-boys school.) Many of my friends’ fathers were the Presidents, CEOs and/or Chairman of the Board of major corporations. When you see a CEO running around the house in his underwear asking his wife where she put his pants one naturally learns a different sense of the humanness of the person relative to the power of the position!

In my career I’ve continued to work with CEOs and business leaders of billion dollar businesses and brand new ones. Experience shows me that leaders who have the kind of humility described in this On-Purpose Proverb tend to make wiser decisions. In addition to holding themselves to a higher standard, they tend to decide based more from such strength of self-awareness and knowledge. It isn’t as lonely at the top when one gets humility at the bottom of the soul. 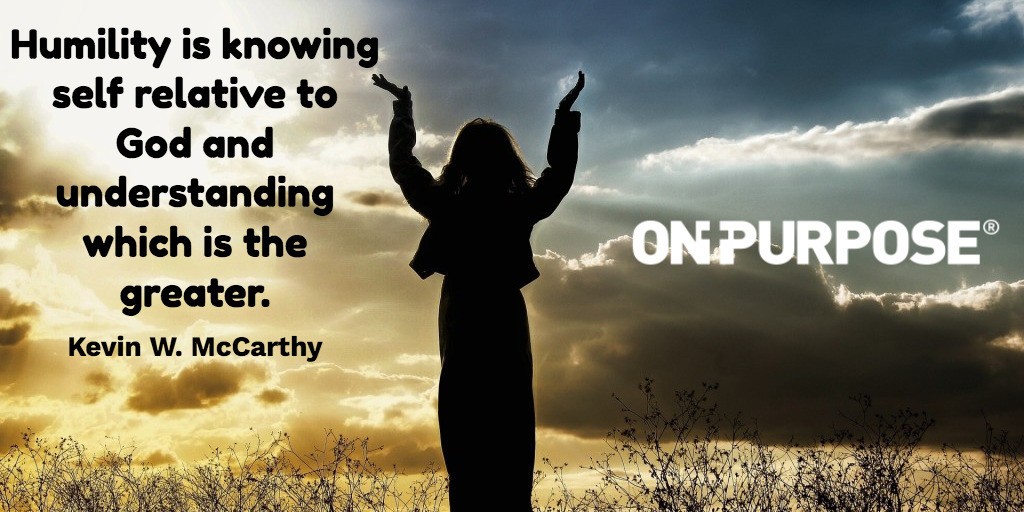